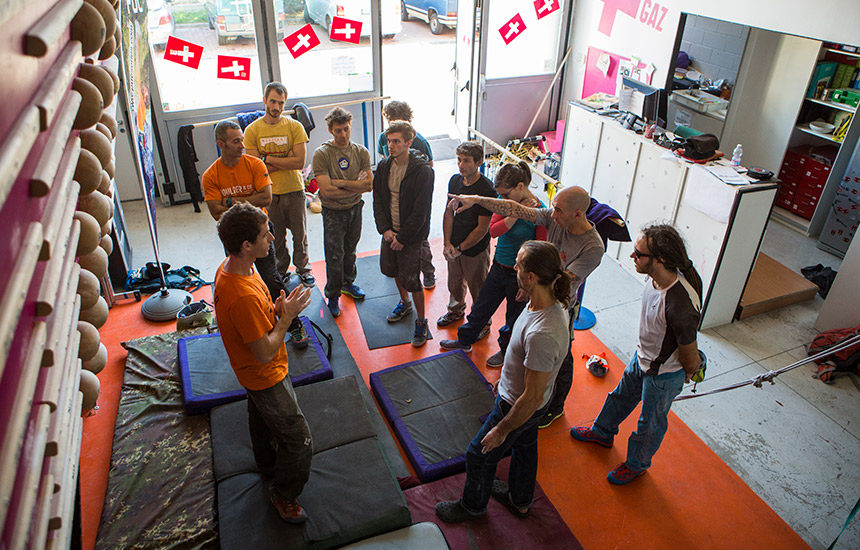 Crux 2 (font 8B) on Project Hard was quite dry today, good enough to run a few laps on it. It involves this heinously high left foot and going far right into the gaston off left hand undercling. The foothold tends to slip a lot, making my knee spilling some blood on the wall. Not too aesthetic, I am sorry. I might wash it later. pic by @pavelblazek @blackdiamond @mytendon @montura_official @lasportivagram @gardatrentino @chimpbars @climbflatangter @kotelna.brno #Flatanger #9c #ProjectHard

Personally, being nearly 13 years older than Adam, I can tell you that he is still in his prime and still has so much ahead of him and so many boundaries will surely be broken by this extremely motivated and limitless climber in our lifetimes.

I am so lucky to call him a friend, to have overlapped with him in my last years of competition (in his first years – though he’d already climbed 9a by that time), and to have worked with him for nearly 4 years now. But there is a moment when the student teaches the professor and Adam has done that for me on numerous occasions, both with his ascent of Dawn wall in a just over a week’s time and now with his new feat. We can now welcome into the climbing grade charts the never before seen grade of 9C. 9C! (5.15d!)

Honestly, it is bold for someone to be gutsy enough to say that their line is a new grade. This past year you might remember Nalle H. talking about the process of grading his recent boulder problem as the world’s first 9A and the criticism involved in declaring your climb to be harder than anything anywhere in the world at that time. When climbing “onsight” it is even more risky as you don’t always climb that first try with the easiest beta – often missing possible knee-bars, heel hooks, and decent rests. However, this is a project line that has taken a lot of work for someone who has climbed more

Congratulations, Adam! It is a pleasure to support you.

Next
Becoming a more successful climber