Pachamama video, documenting the process to get there 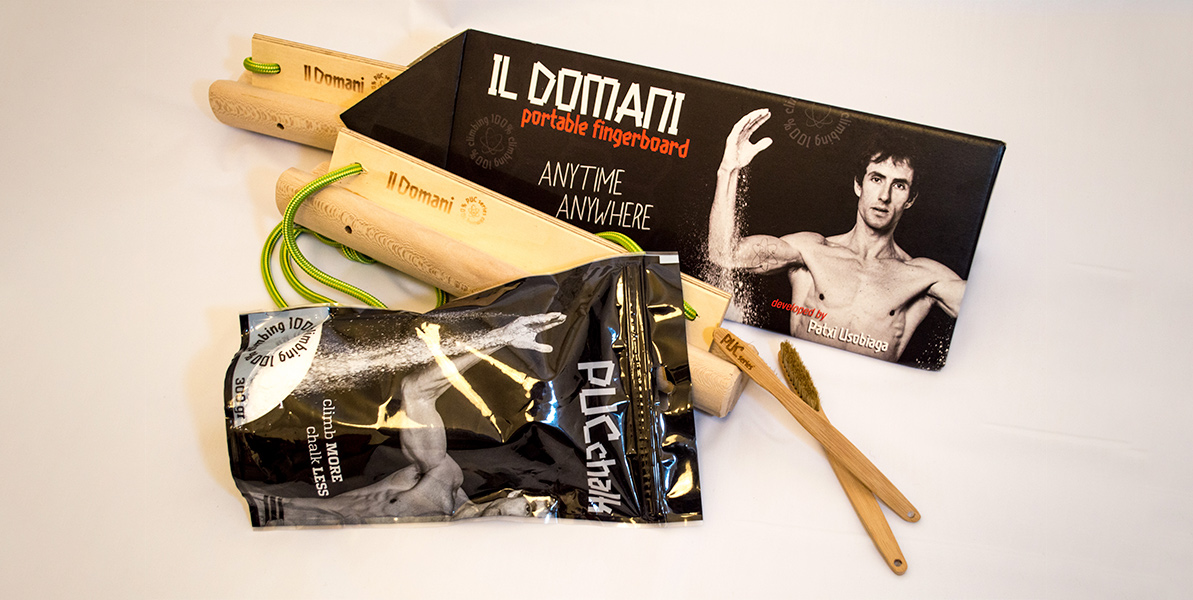 Today we finally released the video documenting the send of Pachamama.

If you are reading this you likely already read about the process in the blog I posted right after sending in November. The past 13 months have been a funny progression of me consecutively moving from left to right on that portion of the wall in Oliana.

While working on Pachamama I sometimes entered it from below Joe Mama so as to avoid resting for too long at the sitting rest in Pachamama. My working name for it was Patximama, but it really didn’t change much so I wouldn’t probably go back to work it separately. It was, however, when I started working it in this faster way that I first stuck the dynamic move in the lower crux. In the entire process I only stuck that move a handful of times. For a taller climber that move might not even be dynamic nor a crux, but for me, it was the only move that I found to be so low-percentage.

However, when I finally sent an obviously went through the normal entry to the route, and over hanging roof section followed by a good rest before entering the endurance section.

While I talked about this being an 8-year battle, I obviously wasn’t actively trying the route that long. I tried it 8 years before I sent it. I never got it out of my head. After a series of injuries, I took years off of climbing, After sending Papichulo March 31st, 2017 I set my sights on Pachamama. (While I had worked other lines that were probably easier, I just couldn’t get this one out of my mind. I did try to onsight American Hustle 8c, but fell off right at the top and haven’t tried it again since losing the OS.) I was in Ceüse in the summer and didn’t even think about Oliana as it is a south facing wall.

In September, with 35°C temps I started to work it again just to get motivated to train for it. {As I mentioned in the last post, the time between when the sun goes behind the wall meaning you don’t bake on the rock to when there is no longer any light and humidity typically rises is a very narrow window often only allowing for one or two tries a day at a sometimes crowded crag due to recent popularity.} with workshops in October, it wasn’t until November 10th, almost exactly 8 years after knocking my shoulder out of socket on this exact route, that I finally clipped the chains and had a very visceral reaction. If you haven’t seen the video yet, the screaming at the beginning is from when I reached the top and yelled “I can not believe it!” (Which translates to “I can’t believe it!”

•Back to the Top, part 1 -The beginning of a new climbing era for Patxi Usobiaga:

•Back to the Top, part 2: Patxi Finalist sends Papichulo

Between classes Catalan "In the new game", highpoint en #joemama 9a+ , Yesterday I felt that made… perfect mindstate! Now time to pack my stuff, get work mode (sharing knowledge y motivation) on ! And to continue to enjoy this process! Thanks for the photo @tonimasbuchaca . @blackdiamond @lasportivagram @mytendon @vertical.life.climbing @goalzero @cleanbing @pucseries #puctraining #iamproudofmycraziness

¡¡ 7 last days to participate in Verkami !! We are already the 91% Of the objective. Come on! That you do not forget those who leave it to the last day, coming holidays, nougat and cava. Then what happens happens 😉 I leave you a fragment of Patxi Usobiaga commenting on her experiences in the sector "Pont d'en Valentí". In the docu you can see testing the RC track (8c+) along with Marco Jubes. http://vkm.is/sadernes >>> Incredible share these last days. I can only thank all those who have already made your bit and motivate missing, Let few! <<< #realclimbingteam #climbing_pictures_of_instagram #sportclimbing #escalada #escalade #garrotxa #catalunya #nature #canon # 5d #video #filming #filmmaker #documental #sadernes

Next
Pachamama – An 8 year personal battle finally set to rest.